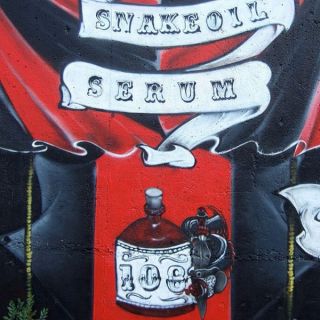 Snake-oil tonics and treatments – not a thing of the past.
Source: By Mister Serum (The snake oil serum) [CC BY-SA 2.0 (http://creativecommons.org/licenses/by-sa/2.0)], via Wikimedia Commons

Grubbs is a careful and thorough researcher, whose methodology is always well-planned and detailed. He’s not a “one and done” kind of researcher. Instead, his research often involves multiple connected studies, which serve to demonstrate the replicability of his findings, and offer the ability to follow threads of causality and theory through multiple groups and strategies. This study is no exception.

392 of the students were eligible for the one year follow-up, and 106 completed the follow-up assessment. While that might seem like a small number for follow-up, analyses between this group and the other baseline participants showed that there were no significant differences. Thus, this followed-up sample is a good representation of the larger group. 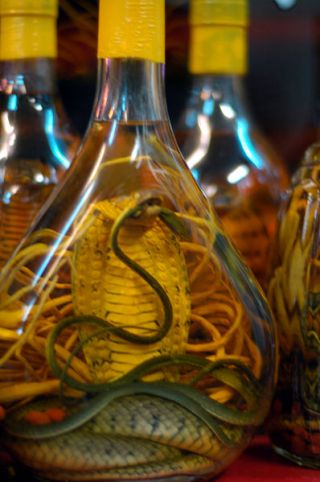 The Myth of Sex Addiction By David. J. Ley